How John Locke
Relates to the
Heresy of Decisional Regeneration 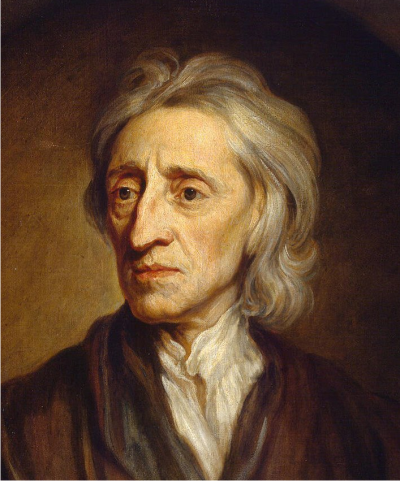 John Locke (1632–1704) proposed in An Essay Concerning Human Understanding (1689) a very influential view wherein the only knowledge humans can have is a posteriori, i.e., based upon experience. Locke is famously attributed with holding the proposition that the human mind is a tabula rasa, a "blank slate", in Locke's words "white paper", on which the experiences derived from sense impressions as a person's life proceeds are written.

He wrote there are only two sources of our ideas: sensation and reflection.

Of course, this is utter nonsense. When Locke speculates that the cannibal who boils the missionary alive could be just as "morally virtuous" as the missionary because he was raised in a culture where cooking your enemy is an act of high service to God, he ignores the Bible truth that every man is taught by God, and is held accountable for his deeds.

Locke's "blank slate" idea has come down to us in the 21st century in the form of "racism must be taught". This nonsense has been thoroughly discredited by scientific studies of infants. Children (from the womb) identify with humans like themselves just as surely as animals identify with animals like themselves. The fantasy that man is whatever he thinks he is has manifested in evangelical theology with the idiotic interpretation of "as a man thinketh in his heart, so he is" (Proverbs 23:7). This hyper-faith nonsense is the exact opposite of what Solomon was teaching.

The Humanistic "man is the measure of all things" fantasy is based on Locke's idiocy, which has now resulted in psychologists helping sexual deviants transform man into woman and woman into man despite all scientific evidence to the contrary. God has given Western civilization over to a reprobate mind.

This idiocy is refuted by science every day when it observes that animals act instinctively. Every living creature acts in a distinct way from birth. A dog can never become a cat simply by being raised with cats. In fact, every living thing, whether it has a brain or not, acts precisely as predetermined before coming to life. An oak tree does not act like any other kind of tree. It is the same with all living things...form the beginning of life they all act in predictable ways, which proves Locke's contention false.

This subject goes to the heart of why decisional regeneration is a heresy. Only God can supernaturally change a sinner into saint. The most sincere sinner can never become a saint simply because he wants to be saved. Every time a minister says "I tell you by the authority of the Word of God, that if you prayed the sinner's prayer sincerely, you are saved", they are repeating the Humanist lie that "man is the measure of all things".

For more on this subject, please go to Cats Into Dogs.