How The Doctrine of "Once Saved, Always Saved"
Relates to the
Heresy of Decisional Regeneration

The doctrine commonly known as "once saved, always saved" was originally a pejorative phrase coined by Arminians to make fun of three or four point Calvinists who claimed wholehearted assurance of salvation from the Biblical "perseverance of the saints" without acknowledging the essential caveat of "In this the children of God are manifest, and the children of the devil: whosoever doeth not righteousness is not of God". The fact that Christians today proudly claim the "once saved, always saved" label shows how far they have moved away from a biblical understanding of "perseverance of the saints".

Oswald Chambers (1874-1917) was a 20th century Arminian who said of 2 Corinthians 5:17: " If anyone is in Christ, he is a new creation; old things have passed away; behold, all things have become new "
What understanding do you have of the salvation of your soul? The work of salvation means that in your real life things are dramatically changed. You no longer look at things in the same way. Your desires are new and the old things have lost their power to attract you. One of the tests for determining if the work of salvation in your life is genuine is— has God changed the things that really matter to you? If you still yearn for the old things, it is absurd to talk about being born from above— you are deceiving yourself. If you are born again, the Spirit of God makes the change very evident in your real life and thought. And when a crisis comes, you are the most amazed person on earth at the wonderful difference there is in you. There is no possibility of imagining that you did it. It is this complete and amazing change that is the very evidence that you are saved."

After the Civil War, evangelism in the Inquiry Room gradually shifted from the BEST system to the BIST system. This reduced regeneration to a de facto result of "saving faith" with no immediate evidence of regeneration and the indwelling of the Holy Spirit required. It was up to local ministers participating in union meetings like those of D. L. Moody to sort out the sinners from the saints of the few (percentage wise) who came to one of the participating churches.

After 100 years of decisional regeneration, many modern ministers do not know that the Reformation refuted implicit faith. They think implicit faith in salvation scriptures implies regeneration and the indwelling of the Holy Spirit. They think saving faith is entirely psychological, so using the Biblical Evidence of Salvation Test would be heresy. they think scripture says "by faith you are saved through grace" and not "by grace you are saved through faith". They have made faith the agent that saves by grace. They think if you have faith is salvation scriptures, you have grace and are saved.

When implicit faith in salvation scriptures is seen as saving faith in Christ, evidence of regeneration and the indwelling of the Holy Spirit are no longer considered necessary for assurance of salvation. Here is how one misguided minister put it on the internet:

This well-meaning minister confuses the evidence of good works that naturally come from a regenerate heart with good works done in order to be saved or stay saved. The former is Biblical evidence of salvation, the later is a futile attempt to be saved or stay saved apart from regeneration and the indwelling of the Holy Spirit. This is a very common confusion that started when New Light Calvinists after the Civil War gradually shifted from the BEST system to the BIST system in the Inquiry Room. 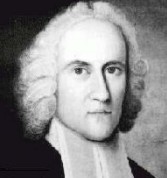