How Presumption Versus Hindsight
Relates to the
Heresy of Decisional Regeneration 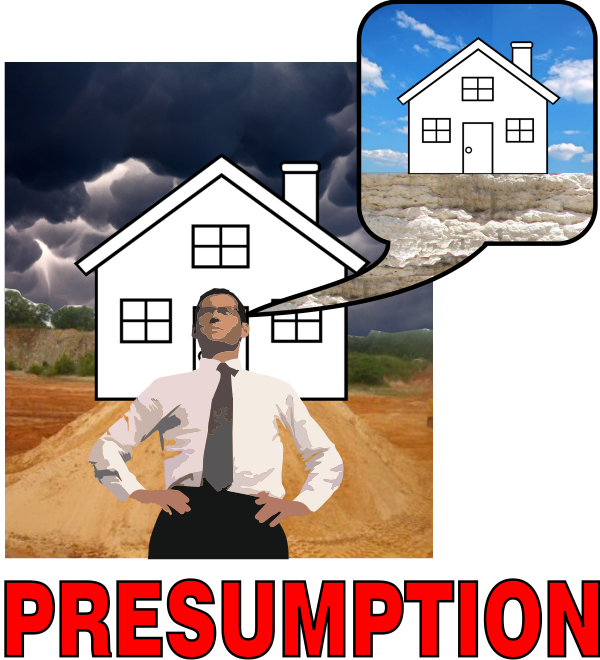 Orthodox salvation never presumes that a person is saved merely because of something they have done OR IMAGINED THEY HAVE DONE. The Protestant reformers called the presumption that someone is saved because of something they have done, "implicit faith". The Reformers categorically denied implicit faith as saving faith and said this error is what kept Catholics in darkness and servitude to man-made religion. An outward action may be evidence of the inward change caused by saving grace, but not necessarily. In the parable of the sower of the seed, only after much time when growth takes place, and only growth that is not choked out, can evidence of salvation presumably be seen. Even then, there will be those who did many great things in the name of Jesus Christ and will be told by the Savior, "Depart from Me, I never knew you."

Most everyone knows if people are baptized in water, it does not necessarily mean they are saved. Most everyone knows if people do good works and obey a priest or pastor in all things, it does not necessarily mean they are saved. But when it comes to believing a salvation scripture, that's where people get confused. THE TRUTH IS, EVERYONE WHO THINKS THEY ARE CHRISTIAN, BELIEVES SALVATION SCRIPTURES. Most people who believe salvation scriptures are not saved. Three of the four groups that received the word of God into their hearts in the parable of the sower of the seed were not saved. The man who receives the word of God in his heart and nevertheless builds his house on the sand is not saved. The PRESUMPTION that someone savingly believes a scripture simply because they receive it into their heart is the basis of the heresy of decisional regeneration.

Before the twentieth century, ministers would never tell someone they were saved because they believed a salvation scripture. While inexperienced workers in the Inquiry Room might report they had brought someone "to the foot of the cross", even this was discouraged by experienced ministers as dangerous, since only God could know the truth of the seeker's condition.

THE PRESUMPTION THAT SOMEONE COULD HAVE "SAVING FAITH" IF THEY BELIEVED A SALVATION SCRIPTURE WAS A NEW LIGHT CALVINIST ERROR THAT GRADUALLY DEVELOPED AFTER THE CIVIL WAR. For more on this subject, please read about the Evangelical Bait and Switch. Arminian Orthodox ministers always kept the belief of salvation scriptures as a separate idea from regeneration. For this reason, it would never occur to an Arminian minister to tell someone they had "saving faith" if they believed a salvation scripture. Arminians would usually admit seekers as church members after a six month probation period if the seeker could testify to a change of character and if they exhibited a changed lifestyle. This was a typical HINDSIGHT APPROACH to salvation. The HINDSIGHT APPROACH was also used by Old Light Calvinists and the Puritans.

The shift from a HINDSIGHT view of salvation to a full-blown PRESUMPTION view of salvation took place in 1914 when Billy Sunday eliminated the Inquiry Room and started calling everyone who came forward in an altar call a "convert". Up to that time, ministers never told people they were saved because of something they had done. In fact, ministers used the term "hopefully saved" even when referring to seekers that experienced dramatic conversions.