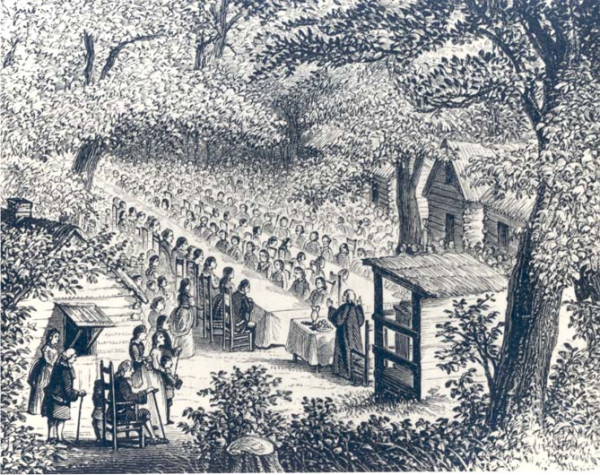 Among Presbyterians in Scotland, the Lord's Supper in remote rural areas was conducted once a year, often taking a week of festivals as part of the communion season. Communicants were examined by a minister and elders, proving their knowledge of the Shorter Catechism. They were then given communion tokens that entitled them to take part in the ceremony. Long tables were set up in the middle of the church at which communicants sat to receive communion. Where ministers refused or neglected parish communion, largely assemblies were carried out in the open air, often combining several parishes. These large gatherings were discouraged by the General Assembly, but continued. They could become mixed with secular activities, and became an opportunity for evangelical meetings, like the meeting at Cambuslang Work.

This tradition was brought to the American Colonies in the form of the Second Great Awakening Camp Meetings.