How John Calvin
Relates to the
Heresy of Decisional Regeneration 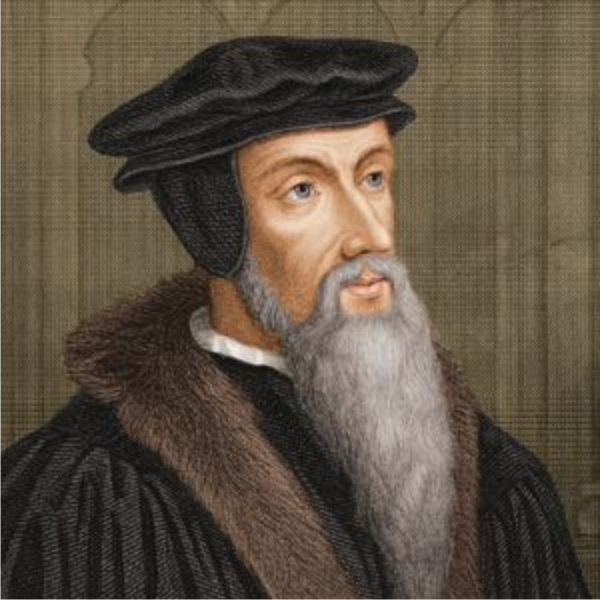 THESE 3 ERRORS WOULD BEAR ROTTEN FRUIT.

In Book 2 of his Institutes, Calvin equates regeneration of the heart with renewal of the mind. Renewal of the mind is post-regeneration, and should never be equated with regeneration. In Book 2, Calvin explains more completely his theory of how God affects the minds of all men continually to bring about His will. The Bible says only priests, prophets, kings, the regenerate, and those used in the gifts of the Holy Spirit are regularly affected immediately by God. But Calvin says, “God is pleased to make way for his providence, he even in external matters so turns and bends the wills of men, that whatever the freedom of their choice may be, it is still subject to the disposal of God. That your mind depends more on the agency of God than the freedom of your own choice, daily experience teaches”.

This theory was rendered dangerous when Scottish Common Sense Realists jettisoned the immediate activity of the Holy Spirit in favor of an infranatural view of the Holy Spirit changing minds with "truth impressions". This development somehow kept the orthodox label while using the same common grace natural means suggested by Pelagius. John Witherspoon, the theologian that brought Scottish Common Sense Realism to America, wrote in his Treaties on Regeneration many errors that Calvin would have repudiated:

Here are 10 FALSE PREMISES of Witherspoon that evolved from Calvin's theories of man's soul:

FALSE PREMISE 1: There is no difference between common and saving grace.
Witherspoon wrote: “There were … great debates whether special and common grace differ essentially in their nature, or if
they differ only in degree… I embrace the last of these opinions”.

FALSE PREMISE 2: There is no difference between common and saving faith.
Witherspoon wrote: “What is faith? Is it any more than receiving the record which God hath given of his Son, believing the testimony of the Amen, the true and faithful Witness?”

FALSE PREMISE 3: Regeneration is assured if you have common faith in the truth of Scripture.
Witherspoon wrote: “Is not your peace and reconciliation with God, and the sanctification of your natures, expressly provided for … either that you do not give credit to the promise he hath made, or that you are not willing that he should do it for you”.

FALSE PREMISE 4: Anyone who believes the gospel with common faith is said to be regenerate.
Witherspoon wrote: “through the glorious gospel the new nature is effectually produced, and cannot be produced in any other way”.

FALSE PREMISE 5: Having common faith in Scriptures (not the Person of God) is the only means of salvation (Man-Mechanical faith).
Witherspoon wrote: “I praise thee for this message of peace. I think I see, in some measure, its necessity, truth and beauty.
I see it, I trust to such a degree, that it is the sole foundation of my hope”.

FALSE PREMISE 6: Since there is no change of nature in regeneration, “true” or “sincere” repentance and faith are relative and subjective.
Witherspoon wrote: “an unregenerate person is said to have no true love to God or his neighbour only because it is not the most dominant love, and only the most dominant love will be accepted as true or sincere”.

FALSE PREMISE 7: Since “true” or “sincere” repentance and faith are relative and subjective, regeneration is also relative and subjective, not objective and absolute.
Witherspoon wrote: “every holy disposition must be examined, not by its absolute, but its comparative strength; and the true knowledge of our state arises from the conclusion and result of the whole”.

FALSE PREMISE 8:  Regeneration is merely a gradual psychological process, not an immediate, supernatural change.
Witherspoon wrote: “I cannot help thinking, that for a sinner truly and sincerely to desire a change of nature, would be an evidence of a change begun.”

FALSE PREMISE 9: Regeneration is merely the moral persuasion of the rational mind.
The psychological chimera of Scottish Common Sense Realism was a “truth impression” would change a sinner into a saint without the need of supernatural regeneration and the indwelling of the Holy Spirit. Witherspoon wrote: “A just view of the glory of God, and the obligation upon every rational creature to love and imitate him, would effectually cure them of all self-righteousness and self-dependence.”

FALSE PREMISE 10: The nature of fallen man is merely polluted, so does not have to be supernaturally replaced.
Witherspoon wrote: “No nature (is) so polluted; but infinite power is sufficient to renew it."

To return to Calvin. He wrote, “Divine Providence goes to the extent not only of making events turn out as was foreseen to be expedient, but of giving the wills of men the same direction”. By saying that God changes the wills of all men (not just the regenerate), he lays a foundation for a psychological view of regeneration as a series of “truth impressions” and undercuts his clear statements that regeneration is a unique, supernatural event that changes the will.

One could cut Calvin a little slack by saying that God continuously affects the minds of all men through second causes, but Calvin calls such quibbling a “mere cavil” when it comes to equating Pharaoh hardening his own heart and God hardened Pharaoh’s heart.

John Calvin's Institutes is provided with notes that point out how Calvin's words evolved into Scottish Common Sense Realism, the theological source of salvation theology that caused the change in the Inquiry Room system from BEST to BIST, which gave Billy Sunday (a Presbyterian trained by Presbyterian J. Wilbur Chapman), the rational for eliminating the Inquiry Room altogether.

To read Calvin's Institutes from the beginning with notes that explain how his words were used to justify Scottish Common Sense Realism, start HERE.